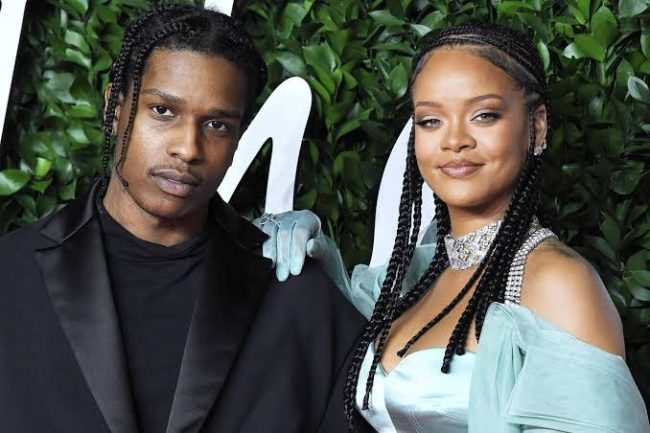 Rihanna is considered as one of the most influential pop singers and she’s also regarded as a beautiful woman with glowing shades of melanin skin. In most pictures that make it to her social media pages, she’s always looking pretty perfect.

However, the case was different when paparazzi recently took pictures of the Savage Fenty mogul in New York.

The pictures were so unflattering that Riri’s new boo A$AP Rocky, ran down on the popular New York paparazzi, for releasing bad pictures of Rihanna online.

But on Monday, A$AP got into a verbal altercation with popular paparazzi Khrome, after Rihanna’s boyfriend ran down on him.

It all started, when the paparazzi leaked some unflattering pics of Rihanna, wearing lounge clothes. In the pics, Rihanna was not wearing makeup – and looked rather basic.

The pictures have since been taken down, but we have the video of Flacko confronting ‘Khrome’ over the pictures.