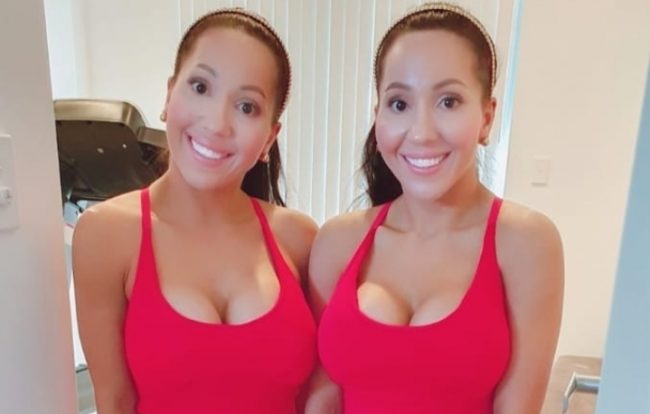 TLC is home to some of the craziest reality shows in the world. And now they have a new one, entitled Extreme Sisters.

Extreme Sisters follows two beautiful Instagram models Anna and Lucy DeCinque – 35-year-old twin sisters who do everything together. And now they get to share in motherhood together.

Anna and Lucy do everything together. The twins, who call themselves the “world’s most identical twins”, shower together and sleep in the same bed. They also share a boyfriend, named Ben.

According to MTO, Ben has been dating the twins for 10 years. They were introduced via Facebook by a friend. They both shared their first kiss with him the first night they met him, and they all hit it off immediately.

The two ladies have been planning a pregnancy – both with Ben – and their journey is being covered by their new TLC reality show.

A production assistant with the TLC show told the media outlet that the twins are pregnant. Here’s a clip from the premiere episode of their show.