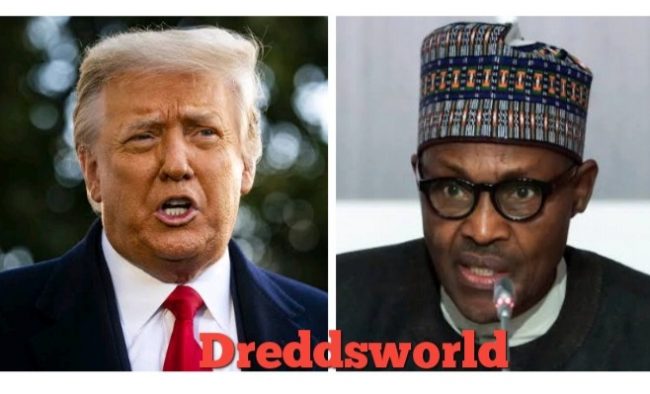 Donald Trump Hails Buhari For Banning Nigeria Twitter, Urges Other Countries To Do The Same

Nigeria Twitter ban has since been a subject of discussion after the Nigerian government took the drastic step in response to the platform deleting President Muhammadu Buhari’s post for breaching its rules.

The now-deleted tweet from Buhari said he would treat “those misbehaving today” in “the language they understand” — interpreted as a threat of violence against a secessionist movement in the country. Twitter said the tweet violated its “abusive behavior” policy.

Trump, who is banned from the social networking site along with others after the US Capitol riot in January, implied that he wished he had done the same.

“Congratulations to the country of Nigeria, who just banned Twitter because they banned their President. More COUNTRIES should ban Twitter and Facebook for not allowing free and open speech — all voices should be heard.”

He added, “In the meantime, competitors will emerge and take hold. Who are they to dictate good and evil if they themselves are evil? Perhaps I should have done it while I was President. But Zuckerberg kept calling me and coming to the White House for dinner telling me how great I was. 2024?”.

“Who are they to dictate good and evil, if they themselves are evil?” Mr Trump said in a statement.