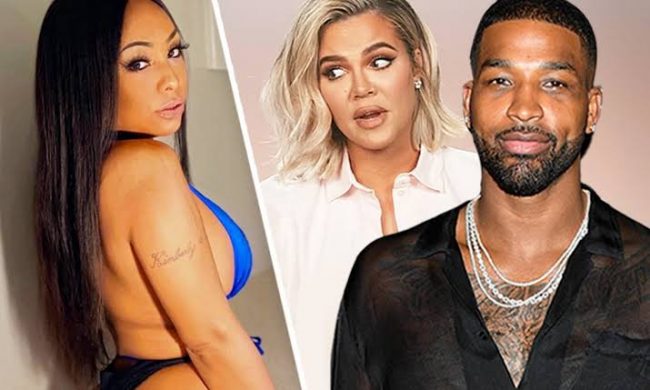 Khloe Kardashian and her baby daddy Tristan Thompson have been fighting off claims from Kim Cakery who claims that the NBA star is the father of her child.

Yesterday, a post shared to Cakery’s story suggested that she had lied about the entire ordeal. “The post that I made yesterday was fake and I apologize for going about it the way I did,” she penned

Khloe, through her lawyer, fired off a cease-and-desist letter to Alexander on Tuesday (June 1) after she allegedly admitted to faking a direct message from Khloe Kardashian earlier in the week.

The letter read obtained by TMZ, “You put words in her mouth that she never said and that she wouldn’t say. You faked the whole thing. And you have now publicly admitted it.”

Kimbery Alexander aka Cakery is now claiming that she was hacked and didn’t admit to anything. “Sorry guys I’m just getting my account back I was hacked and here’s proof!!,” she wrote in the caption of a screenshot of text messages suggesting she had lost access to her account.

She continued, “I didn’t admit nothing!! I didn’t write anything on my page in the last week!! I was locked out!!! So there u go.”

People are finding it hard to believe her and some are convinced she’s doing this to save face following Khloé’s cease and desist letter.

Summer Walker Blasts London On Da Track: “Run From This Type Of Man”