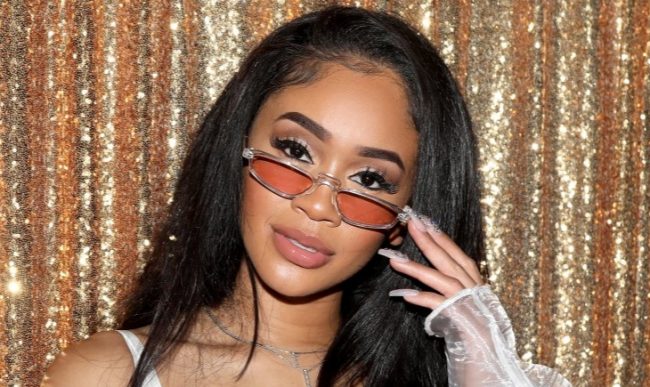 Saweetie Reveals Her Type Of Man In Preview Of New Music

Saweetie earlier shared that she’s been under artist boot camp as she perfects her skills and her fans are ready for her to release her forthcoming anticipated official debut album, Pretty B*tch Music.

She however previewed a new song yesterday where fans received a full taste of what’s on the horizon for the rapper.

“He treated me wrong now you f*ckin’ me right / He buy me flowers you flood me with ice / Huh, I wanna thug n*gga, yeah / I love a thug n*gga,” she’s heard rapping in one the clip.

“He bout that talk but see you bout that life / I wanna thug n*gga.” In a second clip, Saweetie hypes herself up with her own rhymes as she enjoys her tunes.

Saweetie made headlines months back over her bitter split from Migos rapper Quavo. During an interview with E!’s Nightly Pop, she made it clear that the last thing she’s worried about at the moment is starting a new romance.

“What is my love life like? It’s the pillows, the studio, and putting more money into my bank account,” the ‘Fast (Motion)’ rapper said.

But it appears she’s looking to start one now.. with a thug though.