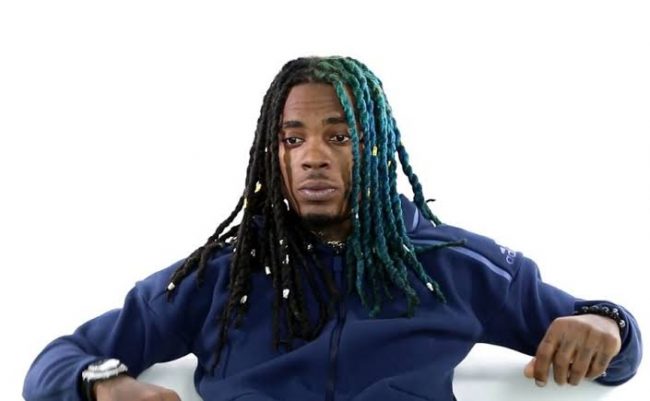 Atlanta rapper Dae Dae, known for his 2016 track “Wat U Mean,” is wanted by authorities after he allegedly stabbed a 17-year-old girl working at Dunkin’ Donuts.

Dae Dae, real name Marquavis Goolsby is wanted for aggravated assault in connection with a Dec. 5, 2020 stabbing at a Dunkin’ Donuts store.

The teen girl who was stabbed told police that the 28-year-old rapper initially went through the drive-thru, then came into the store angry “due to him not being able to get what he wanted.”

Police say that he barged inside – and an argument led to a physical fight. Dae Dae reportedly swung his knife at the victim multiple times, which was captured on surveillance video.

The man in the video appears to have dyed braids, which Dae Dae still sports in 2021. When officers arrived after the incident, the victim said she did not want to be taken to the hospital to treat knife wounds on her arm.

In a post on instagram, Dae Dae shared a moment from a news report on the matter and appeared to deny involvement.