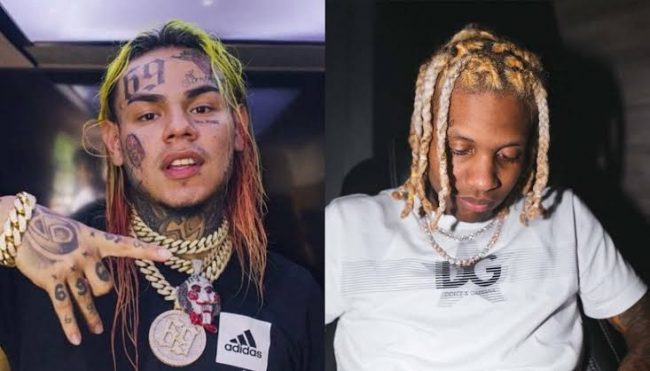 We earlier revealed that Lil Durk’s brother, OTF DThang, was shot and killed outside of a Chicago nightclub on Saturday night.

According to reports, Dthang was at a popular Chicago gentleman’s club with friends. One of his opps allegedly snuck up on Dthang and shot him multiple times in the head.

People have since been sending their condolences to DThang’s family, including Lil Durk. It is yet another sad and shocking loss for the artist who was hanging out with DThang, just days prior.

However, Tekashi 6ix9ine who has been at odds with Lil Durk for a long time used the opportunity to taunt the Chicago rapper and his family. 6ix9ine wrote “@lildurk tell the truth about yo Gang man they really dyin,” with laughing emojis littered throughout.

He also commented on a separate post saying “@lildurk stop the senseless violence.”

6ix9ine also left a sarcastic “RIP” on a Shade Room post which was made immediately following the news had broke regarding the tragedy.

This isn’t the first time 69 will be drawing attention to friends and family members of Durk that have tragically lost their lives to gun violence. Back in February, he Googled “lil durk dead friends” and shared a screenshot of the result with a demeaning caption. 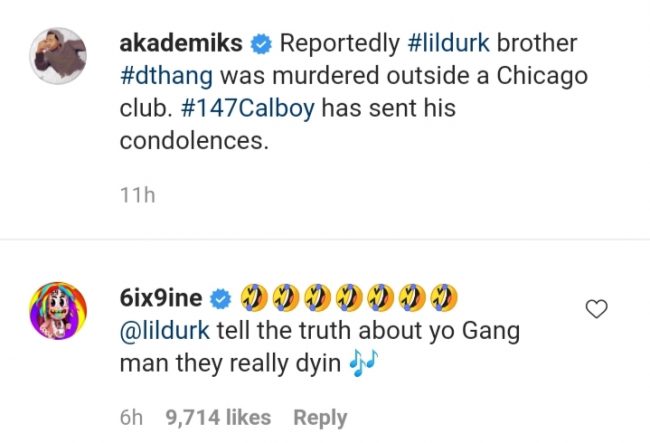 Ray J May Have Started The Beef Between Biggie & Tupac