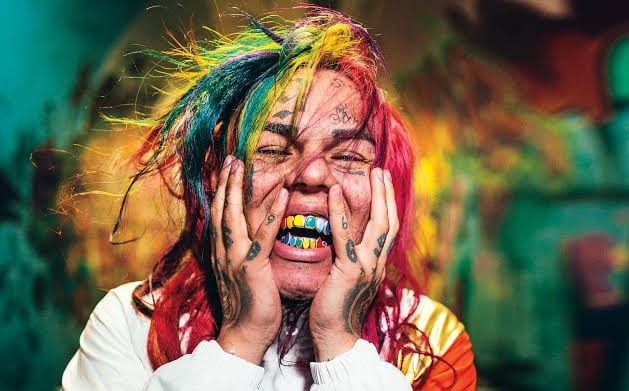 Freddie Gibbs and DJ Akademiks were recently embroiled in a heated online beef. It all started when Freddie said Jeezy is musically irrelevant which prompted AK to come to Jeezy’s defense, saying Freddie is irrelevant as well.

“If Jeezy is irrelevant, Freddie Gibbs, you are absolutely irrelevant as well,” Akademiks said. “Relevancy means is your music actually doing anything.

Things quickly got intense between the two with shots flying around. However, 6ix9ine was brought into the beef with scathing accusations on the rainbow haired rapper. “I want proof that u didn’t have oral sex with Tekashi [6ix9ine],” Freddie said.

Akademiks then called Tekashi 6ix9ine for backup, asking him for “tea” on Freddie Gibbs. It was then that Tekashi claimed that Freddie Gibbs was “shot” by one of his former Treyway friends “Harv.”

Folks online are spectating that the “Harv” Tekashi is talking about is the infamous Nine Trey Gangsta Blood Anthony “Harv” Ellison who was convicted earlier this year on charges including racketeering conspiracy and kidnapping of 69.

The incident that Tekashi is speaking, concerns a 2014 shooting that is considered “unsolved.” Harv was never charged in this shooting. Back in 2014 Freddie Gibbs and two members of his entourage were shot at multiple times by a lone gunman.

Fortunately, Freddie Gibbs was able to avoid injury in the attack, which took place at Rough Trade where the performance was, though his DJ and the other member of his crew both suffered minor injuries.

Freddie Gibbs was shot at multiple times after his concert in Brooklyn last night: http://t.co/KojjXDslvy pic.twitter.com/grj2VPIlnZ