The inhumane murder of an African American Georgia man named Ahmaud Arbery has been making headlines, after the graphic video of his killing surfaced online.

The video purports to show the last minute, where the Black man was chased by armed White men in Georgia, then killed.

In the viral video, a group of White men in pickup trucks can be seen chasing the Black man, carrying rifles. They then jump out and attack the man, and then shoot him down like they were hunting a wild animal. 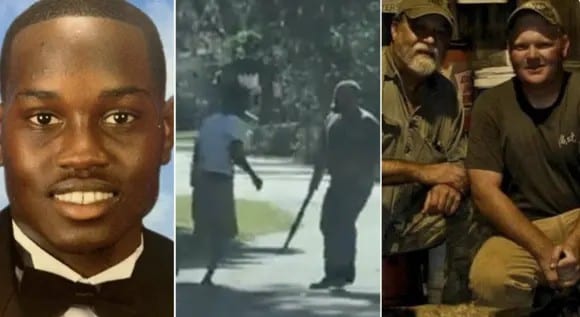 In the subsequent police report, George McMichael (the shooter) claimed that he mistook Arbery for a burglary suspect. There have since been no charges laid on either of the McMichaels, and due to George’s past involvement in law enforcement, some district attorneys have actually recused themselves from the case citing a conflict of interest.

Lots of people including celebrities have been reacting to the incident and LeBron James recently let it out in his tribute to Ahmaud Arbrey. “We’re literally hunted EVERYDAY/EVERYTIME we step foot outside the comfort of our homes!” he penned.

“Can’t even go for a damn jog man! Like WTF man are you kidding me?!?!?!?!?!? No man fr ARE YOU KIDDING ME!!!!! I’m sorry Ahmaud(Rest In Paradise) and my prayers and blessings sent to the heavens above to your family!!”

50 Cent Calls Out Jeezy Over Unpaid Debt To Big T