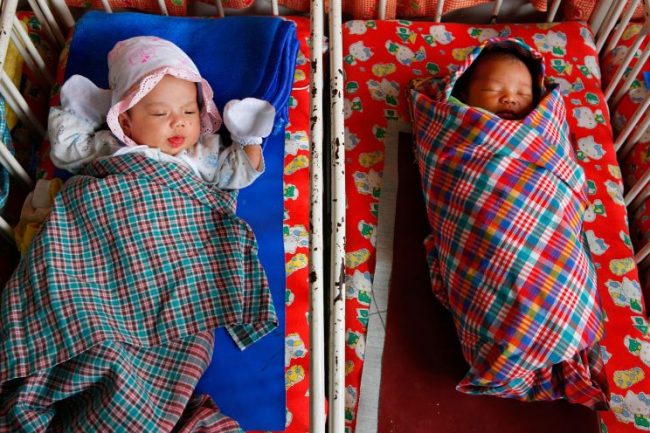 Woman Sues Hospital For $4.8M After Learning About Baby Swap 20 Years Ago

A hospital in Spain has apologized, citing “human error” amid revelations that two baby girls had been switched at birth almost two decades ago. They learned of the mistake after one of the baby girls, now 19 years old, took a DNA test that showed the parents who raised her were not her own.

She’s suing doctors for some €3 million ($4.8 million), according to multiple reports. Health authorities in La Rioja maintain there is no corruption at their clinics, blaming “one-off human error” for the tragic accident.

“It was a human error and we haven’t been able to find out who was to blame,” health chief Sara Alba said during a news conference on Tuesday. Officials stated they were “not aware of any other cases” of baby-swapping in their history, and insist that their current operation would not allow for such a mishap today.

The plaintiff, who withheld her identity from the press, was born in 2002 at the San Millan de Logrono hospital in Spain’s northern La Rioja region. Born five hours apart and underweight, the two infants were kept in nearby incubators around the same time, according to the New York Post.

In 2017, a familial dispute, according to La Rioja’s local news site, led the woman to take a paternity test, confirming she and her father are, in fact, not related. Another test confirmed her mother’s identity, too.

Her counterpart in the swap has reportedly been also informed of the life-altering error.

Attorney Jose Saez Morga told the TVR television network, “In the case of my client, she was born later but was given to the mother who gave birth to the first child. This is negligence so gross that it speaks for itself.”

0
Related Topics:Viral news
Up Next