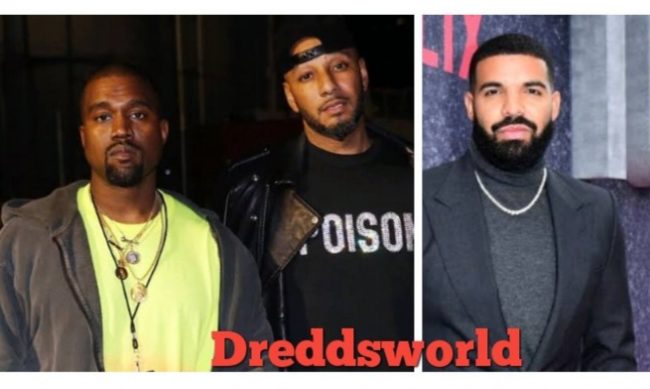 Drake didn’t let the disrespect slide. The Canadian superstar fired shots at Swizz Beatz on Certified Lover Boy’s “You Only Live Twice” in response to the producer’s diss on Instagram live earlier.

Prior, Swizz Beatz referred to Drake as a “p*ssy boy” during a conversation with Busta Rhymes on live, an insult that he repeated throughout.

At the time, Swizz said that there wasn’t any beef with his “Fancy” collaborator because if there was, he would shoot his plane out of the sky. However, he came forward with an apology but that didn’t stopped Drake from firing back.

During a virtual interview with Angie Martinez, the famed producer was asked about Drizzy’s bars. “People think that I started it because the way I came at it, but I never start things for no reason,” Swizz said when Angie told him he has to “eat that” because he “kind of started” the beef.

“It’s cool. It’s something that’s old. I actually like the song. Song’s dope. It’s cool man, Hip Hop, like a lot of people with this Hip Hop thing, it started off of that. It started off with two artists feeling some type of way, going at each other.”

He added that there are people who want him to respond to the diss, but he isn’t interested in continuing the conversation. Swizz also mentioned that there was a point when Kanye West reached out to have a Verzuz with Drake. “He wanted to battle Drake,” said Swizz. “I don’t—I think they communication was probably getting in a zone. But, I left that up to them.”

Swizz claimed that he told Timbaland that Kanye and Drake both had to “bring that to the table.” He doesn’t know the status of where that potential Verzuz is, but Swizz has placed the ball in their court.