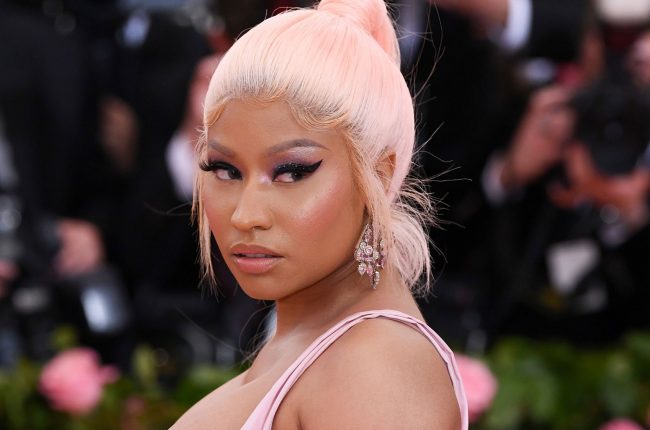 Nicki Minaj announced last night that she didn’t attend the Met Gala and this past weekend’s MTV Awards because she had COVID-19 and didn’t want to get vaccinated. Well, new report has it that Nicki may have had another reason to avoid the events.

According to multiple sources with direct knowledge, process servers were on the red carpet for both events – and prepared to serve Nicki with legal papers from a woman claiming to be a s*xual assault victim of her husband.

Here’s the tea. Nicki and her husband, music executive Kenneth Petty are being sued by a woman named Jennifer Hough. Her lawyer has been trying to figure out Nicki’s address to send her a summons to let her know that she is being sued.

Jennifer filed the lawsuit last month, claiming that Nicki and her husband engaged in a harassment and a bullying campaign, in an attempt to get her to recant rape allegations against Kenneth Petty.

According to Hough, Nicki and Kenneth have bombarded her with phone calls, stalked her in numerous states, offered her cash, and tried to bribe her family members with $500,000.

Hough refuses to recant, and she is adamant that she was raped by Nicki’s husband. After the lawsuit was filed, Jennifer’s attorney Tyron Blackburn told the court that he was having trouble locating the couple – to serve them with the lawsuit.

So Jennifer’s team hatched a plan, they had process servers waiting on the red carpet to publicly serve Nicki if she showed up to the VMAs or the Met Gala.

If Nicki appeared at either event she would have been publicly shamed by being served the lawsuit In front of the paparazzi.

According to sources, Nicki found out about the plan – and skipped the popular award shows, to avoid embarrassment.