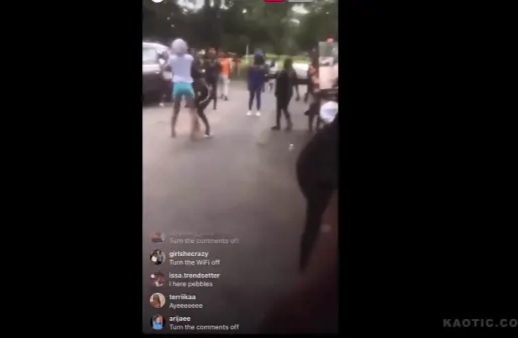 Cutie Got Shot While Filming A Girl Fight

A woman was left in critical condition during a girl fight outside of Stone Mountain Georgia. The victim, called “Cutie” was shot at close range while watching a fight and trying to Livestream it to her friends.

The incident popped off when two girls got into an argument – over social media. The argument was over some allegedly disrespectful comments posted on one of the girl’s page.

Well the two ladies decided to handle their beef via a coordinated fist fight and one of the women told all their friends, over social media, the time and the place for the altercation. Lots of people showed up to watch the fight – and Livestream it over Instagram. 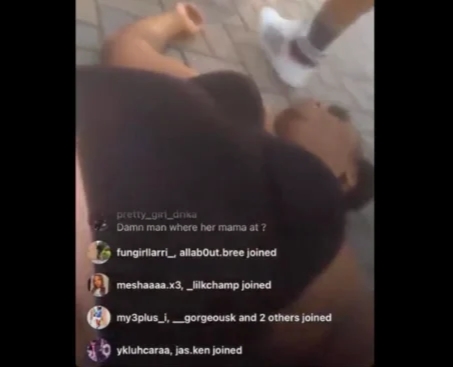 The fight started out regular – with two women fighting in a fair one-on-one scrap. But when one woman named Princess, started winning – her rival’s friends jumped in – and all hell broke loose.

Before long, someone pulled a gun and gunshots rang out. And one woman who was Livestreaming the fight was shot in the torso.

The woman, who goes by the nickname “Cutie,” is currently in the hospital in stable condition. Watch the video below: