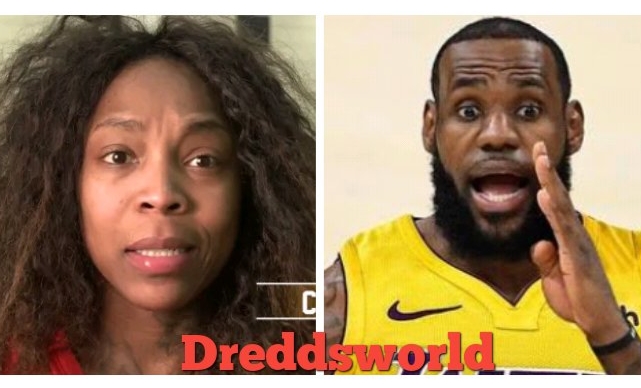 A 7 time WNBA all star Cappie Pondexter, had a mental breakdown yesterday, and made some bizarre statements about NBA superstar Lebron James.

Cappie Pondexter is a former professional basketball player. She was born in Oceanside, California and raised in Chicago, Illinois.

She is known for her scrappy play, quick crossovers and midrange jumpshot. In 2011, she was voted in by fans as one of the Top 15 players in Women’s National Basketball Association (WNBA) history.

Cappie took to Instagram Live where she accused Lebron James of being a sex trafficker. The outlandish statements were unbelievable and showed just how delusional Cappie has become.

In the video, Cappie appears to be in mental distress and starts yelling about being “kidnapped” for the past two years. Cappie then out of nowhere goes on a rant about Lebron James.

Cappie states first that Lebron James “traffics women,” then claims that the NBA superstar “stole” all the money from her bank.

Watch the viral video below:

Boosie Reacts To His Daughter’s Fight Video: “She Did The Right Thing”