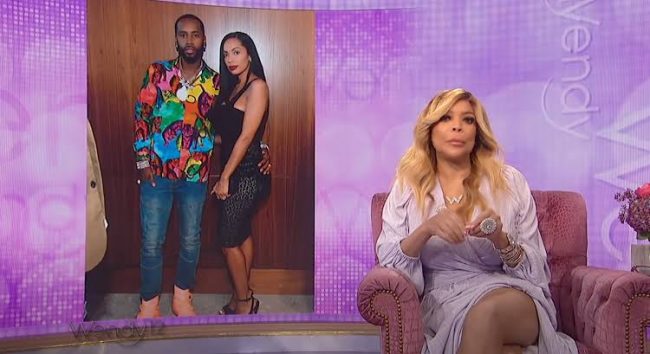 Safaree and Erica Mena have been a subject of discussion after he requested $50K from his estranged wife over damaged property. Safaree’s request came after he was slammed for partying in Jamaica while his Erica was hospitalized with their new born.

Safaree filed docs asking the judge to hold Mena in contempt for violating their domestic relations standing order which prohibits them from harassing each other or destroying each other’s property during their divorce.

During Wendy Williams Friday show, the talk show host started the topic by questioning if Mena had $50K to begin with before giving her some advice as she’s goes through her divorce. She said, “Erica, this is not the time for you to be petty about this. Just let it go.” She added,

“You knew what he was when you got with him and you know what he’ll be long after you dump him.”

In the docs obtained by TMZ, Safaree says Erica destroyed some of his stuff on May 23, just 2 days after she filed for divorce. Safaree reportedly claimed she allegedly bleached his custom sneakers by pouring bleach on them and then allegedly cut the laces off too! This was reportedly worth $30K in damages.

In addition, Safaree said Erica also destroyed 2 motorcycles and a four-wheeler motorbike by pouring paint all over the motorcycles, and into the exhaust pipes and gas tanks of all the vehicles.