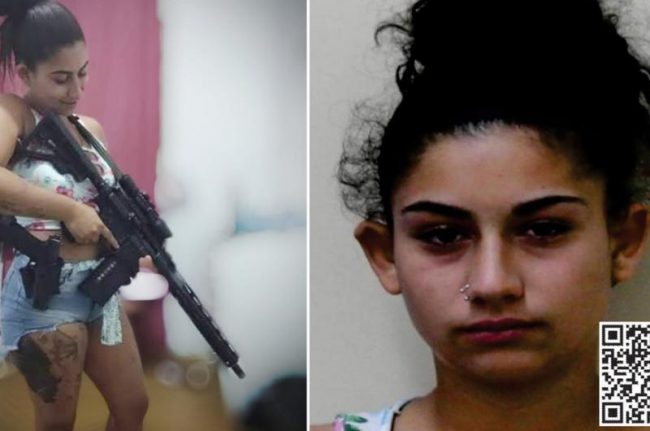 Rayane Nazareth Cardozo da Silveira, 21 years old popularly known as Hello Kitty, was a young drug trafficker originally from Brazil that was murdered along with her father, Alessandro Luiz Viera Moura, in a confrontation.

According to the site Plumas Atómica, Rayane was one of the most wanted and feared drug traffickers in Brazil, where she was born in 1999. From being part of evangelical cults, she went on to join the ranks of drug trafficking, where she “made a name” for herself in 2018.

According to information from this same portal, Hello Kitty was the main suspect of several robberies Together with her boyfriend, who lost his life in 2019, to later become part of the security guards of the Comando Vermelho, one of the most powerful drug trafficking organizations in Brazil.

Something worthy of attention is that Rayane Nazareth Cardozo da Silveira constantly changed her hair color to avoid being identified, in addition to the fact that she could be seen at funk dances in the favelas of that South American country.

The Brazilian Military Police reported through a statement that Hello Kitty and her father, Alessandro Luiz Viera Moura, whom they called Vinte Anos and who was the head of the Salgueiro narco, were killed in a confrontation, but that would not be all.

After several complaints were received that the members of a family had been taken hostage, the police carried out an operation and it was there that they exchanged shots with the young drug trafficker and her father. Although they were taken to the hospital, they had already lost their lives.

Classified as “a dangerous and audacious criminal,” Rayane was being investigated for her involvement in various crimes, including murder. Just two years ago, an operation was carried out to stop her, but in the end it did not happen.