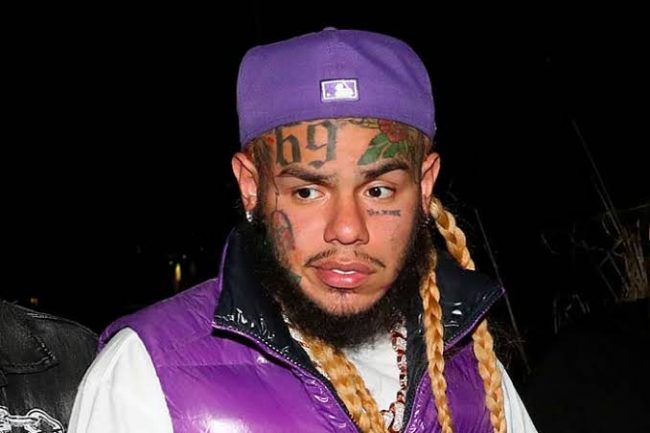 Tekashi 6ix9ine is famously known for his trolling antics, antagonizing fellow rappers on social media. He’s seen as a nonchallant and carefree person so, it’s safe to say morality isn’t much expected from him.

However, the rapper surprised fans when a video of him instantly cleaning up after he accidentally spilled water on the Kitchen table.

Steve Will Do It, a popular YouTuber and entertainer known for his challenge videos shared the video on his Instagram story. “@6ix9ine spills a drink and instantly cleans it. What a guy,” Steve wrote.

“Anyone else who fucks up my house and think my maid will take care of it not 69,” he added.

Folks online have since been reacting to the video, with many being surprised that the industry’s villain could be actually cool. “Such a small thing to point out but it actually says a lot about somebody,” someone commented.

“Such a humble dude,” another person wrote.

“I never really wanted to explore Tekashi’s story specifically, and actually was hesitant about the project at first because of how he has been such a toxic individual in our culture,” he said.

0
Related Topics:Tekashi 6ix9ine
Up Next

Britney Spears Blasts Closest Friends Who Never Showed Up For Her