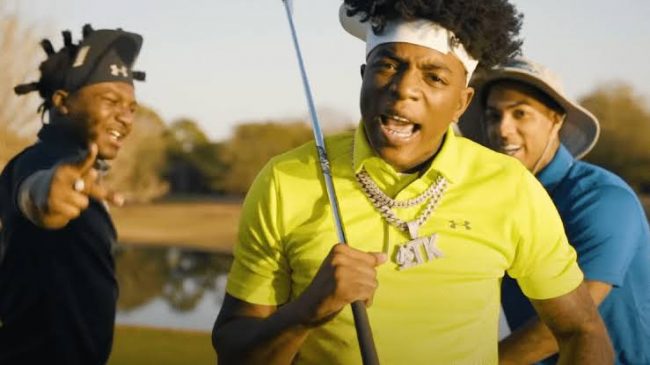 ‘Who I Smoke’ Rapper Spinabenz Assaulted & Extorted In Jail

Spinabenz is one of the most popular rappers in the city of Jacksonville. He recently blew up when he sampled Vanessa Carlton’s “A Thousand Miles” on the wildly popular and even more disrespectful “Who I Smoke” featuring Whoppa Wit Da Choppa, Yungeen Ace, and FastMoney Goon.

The song was catchy, but also extremely disrespectful. In the lyrics, Spinabenz and his homies dissed deceased rappers, including Lil Nine, Bibby, and Teki.

The Who I Smoke song also stirred up some old beef, between Spina’s homie Youngeen Ace and top Jacksonville rapper Julio Foolio. The two rappers and their crews have been locked in a bloody rivalry for years – and at least a dozen people have already been killed over it, including Youngeen Ace’s brother and Julio’s uncle.

Spina got picked up by police last week – and taken to the county jail. And he’s locked up in the same jail as Julio Foolio’s brother.

MTO News learned that yesterday, Julio Foolio’s brother went on IG Live and explained how he’s been extorting Spinabenz, ever since he arrived at the county jail.

Foolio’s brother explained, “He gave me like 7 soups, and all his food. We’ve been eating good off this n*gga since he got here.”

The jailhouse goon continued,”As soon as [Spinabenz] saw me, he started giving up his sh*t . . . talking about big bro I don’t want no problems.”

And Foolio’s brother asked other friends to confirm his account – which they did.