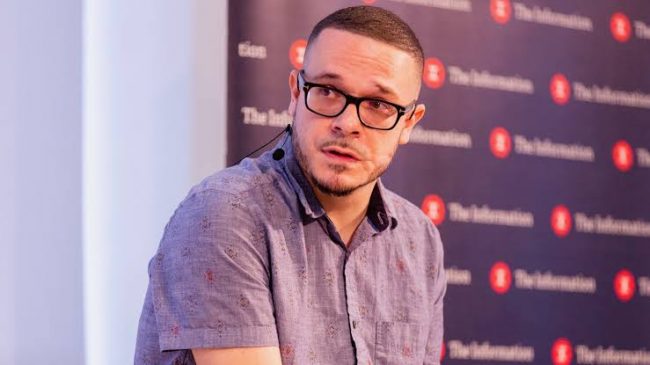 Controversial activist Shaun King, is currently trending on Twitter after he abruptly deactivated his account. Folks on the social media platform have been reacting to the act, wondering what prompted him to do so.

“Signing off for July to be with my family. Deleting this app and will return in August,” Shaun wrote on Twitter before deactivating his account.

He shared the screenshot on his Instagram page with a caption that reads: “Love y’all. But love @mrsraiking and the kids even more. See you in August.” However, folks online are convinced it’s because he might have run into a problem due to his history of alleged dubious antics. 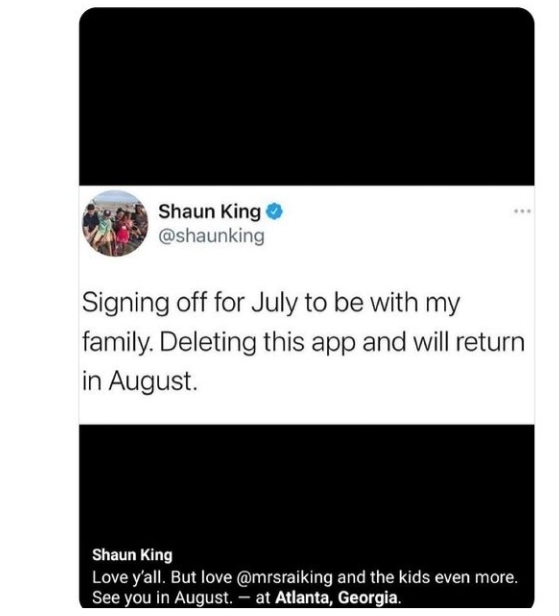 Shaun has made contentious headlines multiple times in the past for alleged fraudulent activities. He was even once accused of profiting off Chadwick Boseman’s death at the time.

“Let’s be honest, Jeffrey Shaun King knows he’s in trouble with the law,” someone commented.

“Something has to be going down for Shaun King to deactivate his account. We’ll know soon enough what that something is,” another user tweeted.

Shaun King deleted? Someone must have gotten their hands on his 23andMe results 💀 pic.twitter.com/f7NTHZFgHj

Something has to be going down for Shaun King to deactivate his account.

We’ll know soon enough what that something is.

Y’all do not let Jeffrey Shaun King fool you. He is going to come back bigger, badder, and whiter than ever. And with a new grift to boot.

I guess Shaun King either deactivated his account or hot suspended? 👀🤷🏾‍♀️🤣🤣 pic.twitter.com/Z3Sh4BI9Ad

Wendy Williams: “Does Erica Mena Have $50K To Pay Safaree For Damaged Property?”