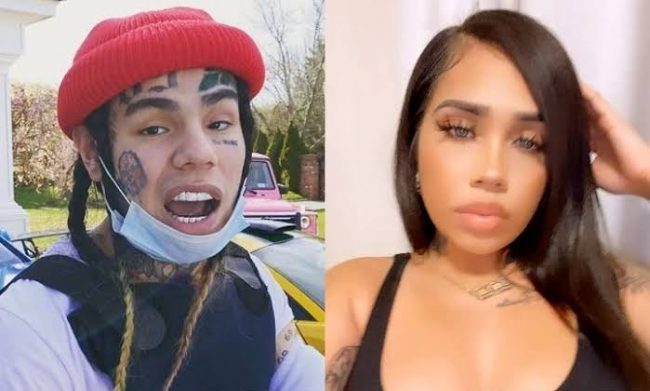 Tekashi 6ix9ine and his baby mama Sara Molina have an extremely bitter relationship. The two split up right before Tekashi went to prison. Earlier this year, Sara took to Instagram to beg gang members to “murder” him.

Again, Sara Molina is claiming that tekashi 6ix9ine tried to have his daughter brought to the court during his trial to help him get a lighter sentence.

“Since the time he was locked up until that time [he went to court], we had no communication and the one call we did get after like, a whole year, was his mom saying that he’s gonna get sentenced on Wednesday and if she could see the baby,” Sara revealed on Vlad TV.

“That’s it. If she could have the baby to go with them to court,” she said.

“I see him as someone who’s always going to be good no matter what type of trouble he gets into, at this point. So, things like child support and stuff like that can easily get lost in the system to his benefit.”