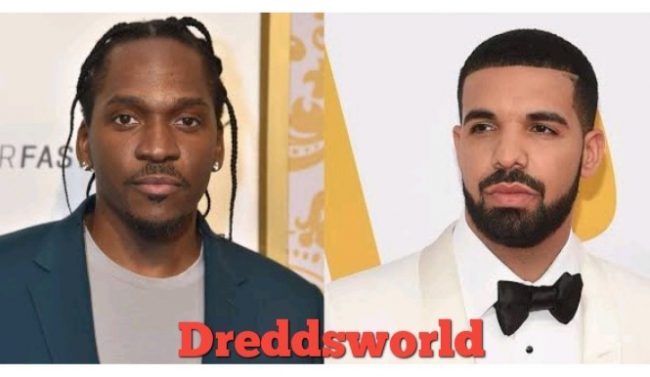 Over a year ago, Young Thug had issues with Pusha T for dissing Drake on Pop Smoke’s posthumous album. On the track titled “Paranoia” which features Pusha T, Young Thug, and Gunna, Pusha took shots at Drizzy on his own verse of the song.

However, the track didn’t make the cut on the album and it appears Pusha came through with subliminal jabs at Drake again on Pop Smoke’s second posthumous album ‘Faith’.

On the track ‘Tell The Vision’ also featuring Kanye West, Push starts his verse by giving temporary AOTY honors to Tyler, The Creator before suggesting that Pop Smoke will outclass him and earn that title.

Then the Daytona rapper says that he’s working on his own album before throwing some shots that many believe are directed at Champagne Papi.

“Tyler got the album of the year, for now/But Pop about to drop, I see the platinum in the clouds,” Pusha-T raps on the song. “Now Push about to drop, so real trappers stick around/The crown is only for the king, they trying to place it on a clown.”

Drake is of course the biggest and most decorated rapper in history so, there’s a huge probability Push is referencing the Toronto superstar on his verse.