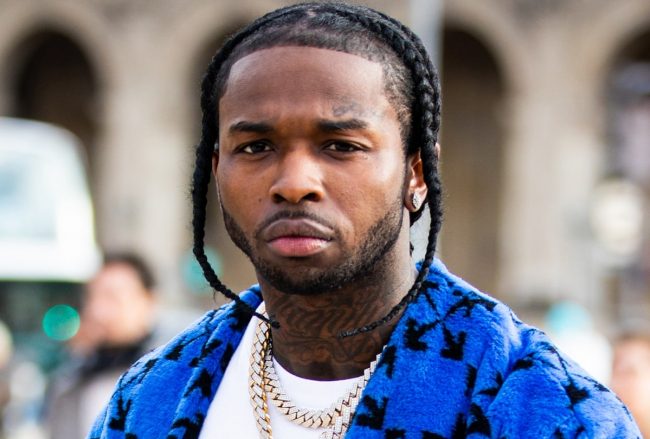 Pop Smoke‘s first posthumous album ‘Shoot For The Star, Aim For The Moon’ executive produced by 50 Cent was widely accepted and in fact the rapper’s best project and first #1.

He was posthumously awarded Top New Artist, Top Rap Artist, and Top Rap Male Artist as well as Top Billboard 200 Album and Top Rap Album for Shoot for the Stars, Aim for the Moon.

Recently, Pop Smoke’s estate released his second posthumous album titled ‘Faith’. The project has since been receiving negative remarks from fans and it appears most people are disappointed in the output.

Pop’s close friend, Mike Dee, says he’s upset with the rapper’s new posthumous album, Faith, and that he had no involvement in the making of the project.

“For anybody saying why did I let anybody drop this or that. I had no involvement in my dawgz album didn’t even kno a album was dropping until it got broadcasted on this internet shit I’m upset my damn self at it cuss I know he wouldn’t even want this like this,” Dee wrote on his Instagram story.

One of Pop’s producers 808Melo, has also shared his thoughts, and he seemingly thinks Faith is so bad that the late rapper deserves an apology for it.

“Don’t complain to me about the album I had no involvement in it & you guys know that,” wrote Melo on Twitter. “Sorry bro I miss you.”

When a fan responded to Melo and pointed out that he has a production credit on “Brush Em” featuring Rah Swish, the producer corrected him. “Look at the credits, I Solo produced Brush Em. Does it sound like my drums,” the producer asked.

Don’t complain to me about the album I had no involvement in it & you guys know that!

Sorry bro I miss you

Look at the credits , I Solo produced Brush Em. Does it sound like my drums? https://t.co/N9jkzDm2GE