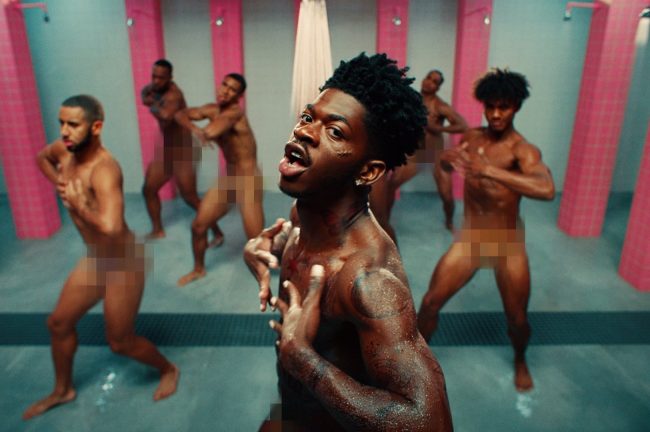 Lil Nas X made controversial headlines last month following his controversial kissing scene at the end of his performance at the 2021 BET Awards. But it appears he has more gay antics to unpack.

Lil Nas X has a huge children’s following. And his record label has cultivated his child fan base, by penning lucrative deals with Kids game companies like Minecraft and Roblox. And playing Lil Nas X music in heavy rotation on Kids Bop.

Lil Nas X first teased the song, produced by Kanye West and Take a Daytrip and guest-starring rapper Jack Harlow, with a two-minute clip of a mock Supreme Court case that spoofed his recent Satan shoes fiasco with Nike and featured him in multiple roles: his attorney, the prosecutor, the judge, a tsk-tsking jury member, and Nas himself, taking the stand to deliver his defense.

The trial culminated with him being sentenced to five years in Montero State Prison not for his clash with the sneaker giant, but for being gay.

What happens next is jaw dropping. Watch the video below:

nigga i literally went to hell and twerked on satan but gay prison is where you draw the line ?! https://t.co/3NLR6GPt0o

lil nas x after the director asked him to get naked for the industry baby video pic.twitter.com/crlWFASJSR