Drake and Kanye West have been feuding for a long time, throwing subliminal jabs at each other on songs and on social media. Recently Drake name dropped Ye on his ‘Scary Hours 2’ Mixtape.

In the song Wants and Needs, Drake insinuated that he had an affair with West’s estranged wife Kim Kardashian.

Drizzy raps: “Yeah, I probably go link to Yeezy, I need me some Jesus/But as soon as I start confessin’ my sins, he wouldn’t believe us.” 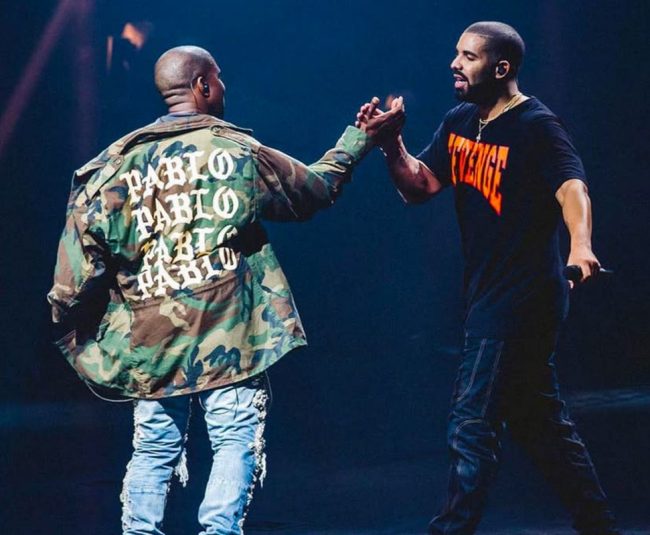 During his Wyoming studio sessions, Kanye worked with Drake and offered to send him a sample that the Certified Lover Boy had fallen in love with and when they fell out, ‘Ye dropped his infamous “poopity scoop” bars on “Lift Yourself,” which essentially blocked Drake from using the sample.

Now that Ye is gearing up for the release of his new album Donda, some fans have speculated that Drake might try to take over his big day by dropping his highly-anticipated album CLB, but according to industry executive Karen Civil, that’s not going to happen.

“They friends now,” revealed the journalist on Twitter. “He not [gonna drop on the same day].”

They friends now.. he not. Lol