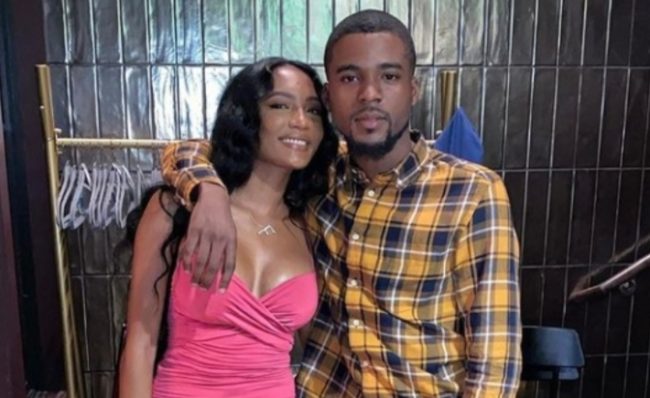 Falynn’s Alleged Side Dude Jaylan Banks Defends Dating Her: “I Don’t Need Approval From Anyone”

Some months back, Simon Guobadia spilled tea on why he divorced his wife Falynn. According to the business mogul, Falynn cheated on him with another man who is supposed to be a family friend and she’s also pregnant by him.

Jaylan Banks, the man who Simon Guobadia alleged his estranged wife, Falynn Guobadia cheated on him, he initially denied ever being romantically involved with her.

But earlier today, Jaylan made a surprise move by sharing a boo’d up picture with Falynn on Instagram, confirming they’re dating with a subliminal shot at Simon.

“A man is truly a man when he earns the respect of a good woman and keeps her trust,” he captioned.

Fans swarmed Jaylan’s comment section, dragging him for allegedly having an affair with Falynn while she was still married to Simon.

“Yeah people hate to admit that Simon was right,” someone commented.  “I guess they’re comfortable admitting their relationship now,” another person wrote.

In his defense, Banks said he doesn’t need approval from anyone on what to do in his life. “We were best friends at first, that being said I picked up where a man left, I’m happy and she’s happy. That’s it.”

12 Year Old Boy Assaulted On IG Live For His Sexual Orientation, ‘Ga’ Shaved On His Head