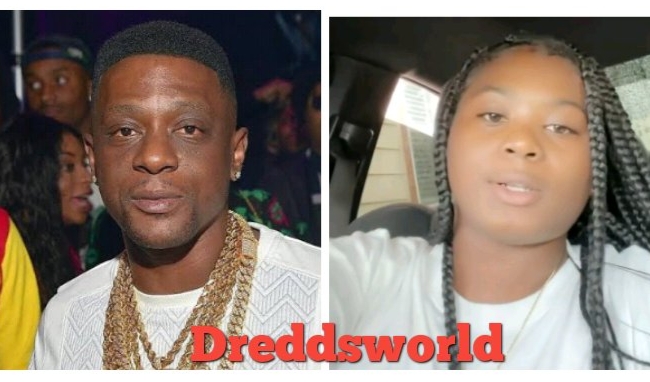 Boosie Badazz’s daughter Iviona made headlines after getting into a physical altercation with another girl. The video of the fight has since been making rounds on social media, garnering reactions from folks online.

In the short clip, Iviona is seen on top of the unknown girl, dragging and landing heavy punches on her. We can’t tell what actually caused the fight.

Boosie has now reacted to the fight during his recent session on Instagram live. “Your daughter fighting on Instagram,” the rapper reads out a fan’s comment on his live. Yeah my daughter had to drag that b*tch.

Iviona is a fast rising Louisiana rapper, following her father’s footsteps in all areas. Her rapping skill is quite good and she has released couple of songs and videos in the course of her career.

Iviona who goes by Poisonivi4x on social media, featured her father Boosie on a 2018 track titled “Go Off”.