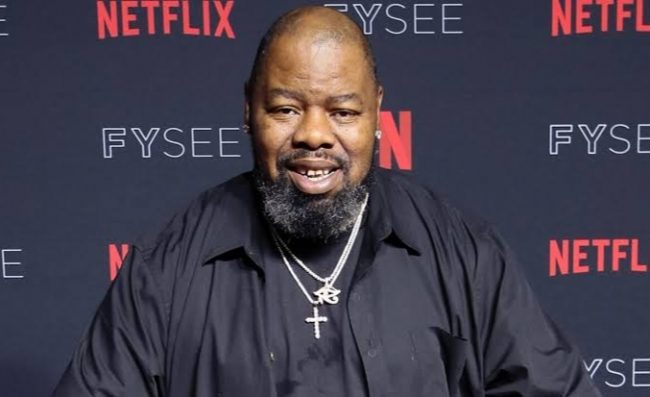 Biz Markie Dead After Battling Diabetes, Took His Last Breath Next To Wife

It was earlier rumored that legendary rapper Biz Markie, best known for his hit single, “Just A Friend,” passed away as his health worsened, but a rep for his family denied the stories at the time.

Well, Biz Markie has been officially pronounced dead, he reportedly died Friday night at the age of 57 years old.

A representative for his family announced. Markie was battling diabetes at the end of his life. His wife, Tara Hall, reportedly held his hands as he passed in a Baltimore hospital around 6:25 PM, Friday night.

Tara Hall shared a touching message to social media about her husband’s passing. “A GOOD heart stopped beating this evening… and I was there for the last one,” she wrote.

“Biz Fought till the end, like the true legend he is. Biz passed his strength to me during his transition while holding his hand. He knows I’ll need it to carry on the rest of my life without him. [broken heart emoji] Rest King Biz!”

Fans online and folks in the Hip Hop community have since been paying tributes to the legendary rapper.

Below are some of them:

The Diabolical! Man. Biz Markie rest in peace . Not enough words to explain how important he is to all of us. 🙏🏽

RIP AGAIN TO THE BIZ MARKIE HE ALWAYS LOVE THE WRESTLING I REMEMBER HE COME TO THE NASSAU COLOSSEUM IN THE LONG ISLAND WITH THE LOU ALBANO AND HE HAVE A GOOD TIME WATCHING ME BEAT THE FUCK OUT OF THE CORPORAL KIRCHNER GOD BLESS YOU FOREVER BUBBA pic.twitter.com/zF3vxNwMAJ

Rest In Peace to a legend and icon. Sending love and healing to Biz Markie’s family. 🙏🏿 pic.twitter.com/cMA7tsp73R

Biz was incredible to me. Went to a couple of his parties and because he was such a sports fan, he always showed me love. I got thrown out of one of his parties, but that’s a story for another day 😂

My prayers and condolences go out to the family of the iconic Biz Markie. Much love brotha 🙏🏾 #rip #bizmarkie pic.twitter.com/zXMqZkwkaX

RIP to my friend and music legend Biz Markie. 🙏🏾 A DJ, rapper, and producer Biz Markie really knew how to rock a party! Cookie and I will never forget when he came to our 25th anniversary event in Europe and kept everyone on the dance floor!

When Tip & Phife starting doing
The Biz Dance in rehearsal, I knew we had the end of our movie.#BizMarkie pic.twitter.com/HyaE7nMQmR

More than just a friend.

Biz, ur passion, ur drive, ur purpose. There will be no other 🙌🏾 Rest In Peace 🙏🏽💜🌹 pic.twitter.com/UkRsjLuFpD

🙏🏾 RIP Biz. Listened and admired you all my life. Mostly because you were different. You were being yourself and that was so compelling to my child self. So free. You created a space for yourself in music and performed from that place and so many people loved YOU for it. pic.twitter.com/1hFH2GFhiy

RIP to the legend Biz Markie. Prayers to his family 🙏🏾