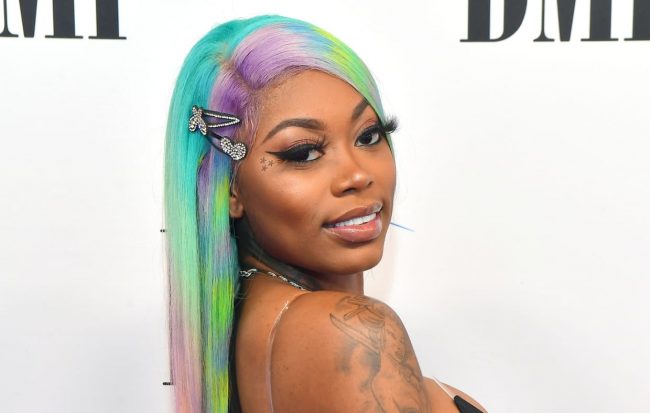 Asian Doll undoubtedly did the most about her ex boyfriend King Von’s death. She has been accused several times of clout chasing over the rapper’s death.

Asian Doll also known as DaBrat, received lots of support from fans and colleagues following the death of King Von but it appears she wanted more from them.

She’s now taken to Instagram live to air her frustrations, questioning why there were so many people who stood by her side during her grieving but don’t support her music.

“Tweeting me and just like, when y’all see me doing something now, mind you I have not put out proper music since ‘Nunnadat Sh*t’ ’cause I have not been into it,” she began.

“I’ve done my features, I’m a real b*tch,” Asian Doll continued, adding that she also helps people when needed. “I have not been properly in the studio because my mind is not there, well, now it is.”

“I just really feel like people knew what I went through and act like they f*ck with me and they care about me, but when I drop my song, people act like they just don’t see it.”

However, folks online were quick to jump in the comment sections to say that Von’s passing and her career are two different things while Asian Doll’s fans came to her defense. Listen to her below: