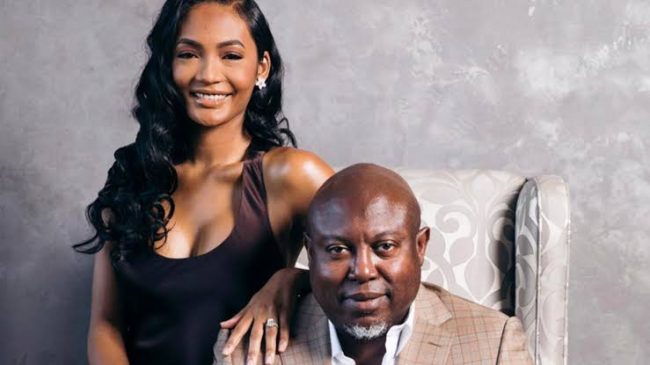 The drama between Simon Guobadia and his estranged wife Falynn is getting out of hands with new explosive revelation on what caused their split.

According to Simon, Falynn cheated on him with another man who is supposed to be a family friend and she’s also pregnant by him.

“Let’s start with who she cheated with and currently pregnant for and living in a home I paid for – post divorce. His Instgram handle is itsjaylanbanks and this is how your generosity gets twisted. Let’s get started there,” Simon revealed.

The drama started when Porsha Williams made a shocking revelation, confirming her relationship with fellow castmate Falynn’s ex husband Simon.

Porsha revealed that they started dating a month ago and are already engaged. Simon made the engagement announcement on his Instagram page leaving fans stunned.

Falynn reacted at the time saying she’s trying to heal, acting like the victim. But it appears there’s more to the story and just in time, it’s been revealed she’s the cheat.

Here’s a post from Jaylan Banks suggesting he used to be their family friend before she started cheating with him: