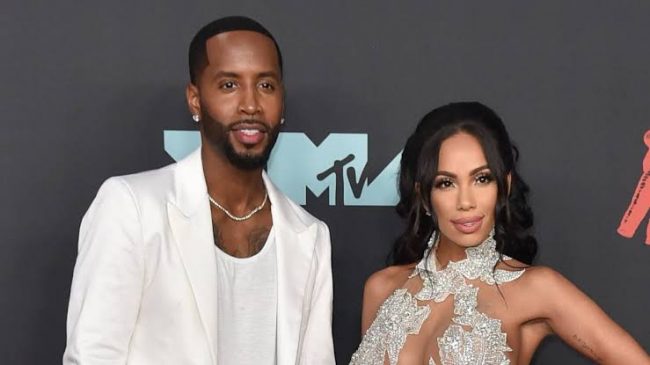 Safaree is being accused of allegedly getting his side chick pregnant and that’s reportedly why wife Erica Mena is leaving him. Erica filed for divorce from her reality star husband last week, despite being 6 months pregnant with his child.

Initially it was believed that Erica divorced Safaree after he was caught dancing with other women at the club.

But a new report, which was published by the website Madame Noir, claims that Safaree may have had a side chick whom he impregnated.  According to The Neighborhood Talk, the reason Erica might not want Safaree in the room is because he apparently impregnated another woman, according to a source close to the couple.

That was all the information they shared but given the sudden split, after the couple had that photoshoot and Erica was defending their union, it could make sense.

Earlier in the week, Safaree asked the court to allow him to be present for the birth of their second baby because Erica doesn’t want him there. Erica’s friend, Bambi, spoke on why Erica wouldn’t want Safaree in the delivery room.

She said, “When you’re giving birth, you need someone by your side to support you and tell you it’s [going to] be ok, pass you ice chips, hold your hand, and put you at ease.”

She continued, “If you are only allowed to have ONE person in the delivery room with you…why the hell would you choose to be in there with someone who [doesn’t] like you???? TF?”