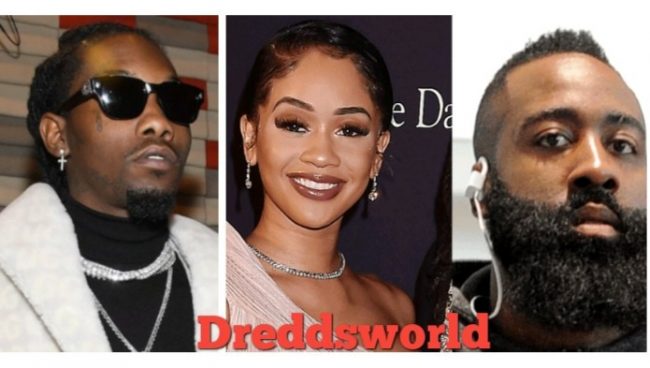 Saweetie seems to be confusing her enemies about her next move. The rapper recently previewed a song where she rapped about wanting a thug n*gga. But it appears she’s only capping.

“He treated me wrong now you f*ckin’ me right / He buy me flowers you flood me with ice / Huh, I wanna thug n*gga, yeah / I love a thug n*gga,” she’s heard rapping in one the clip.

Following her bitter split from Migos rapper Quavo, she made it clear during an interview with E!’s Nightly Pop that the last thing she’s worried about at the moment is starting a new romance.

“What is my love life like? It’s the pillows, the studio, and putting more money into my bank account,” the ‘Fast (Motion)’ rapper said.

However, there are rumors swirling around that Saweetie and NBA star James Harden are dating but trying to keep it under wraps. The NBA star allegedly kicked off by sending her $100K via Cash App for a date.

Now, there doesn’t seem to be any receipts to prove this information, but Quavo’s cousin Offset stirred the pot when he “liked” a tweet about Saweetie and Harden possibly creeping around.

A Twitter user wrote, “Now why tf are people saying saweetie and james harden fw each other…” before mentioning they saw the rumor on Instagram.

Of course, Offset’s “like” didn’t go unnoticed, and soon users were commenting on the rapper’s attention.

Since she been out people always wanna put her with somebody, she can’t even take a picture with someone without people saying she FW that person let the girl live her life please she been through enough with that man..