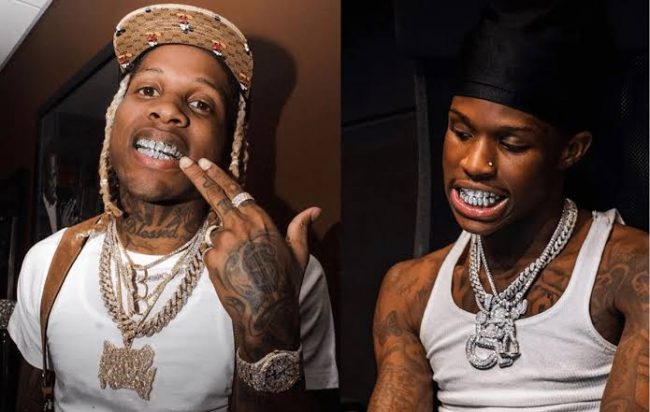 Quando Rondo and Lil Durk have been feuding for a long time now and it got more intense when Durk’s homie King Von was shot dead by Rondo’s team member Lul Tim. Quando was even accused of using a fake Lil Durk in his ‘Soul Reaper’ video.

Ahead of his collaborative album release with Lil Baby this week, a preview of some high-powered Smurk bars has surfaced online, seemingly including a threat against Quando Rondo, who was present on the night King Von was killed.

Talking his shit on the record, Lil Durk rapped some menacing bars and seemingly took shots at Quando Rondo, Lul Tim, and the late FBG Duck. “And we took L’s for sure, but in Chicago, they know we winning for sure,” sings Durkio on the track.

“You do it for what? Better not say that you do it for [gunshots], them n***as be tough, that n***a was fucked, the moment he ran and he knew he ain’t ducked and his ass out of luck. We do it for Von, we don’t wait till it die down, we load and we do it tomorrow.”

Durk also appeared to take aim at Quando Rondo, who recently filmed a multi-part interview with Angela Yee inside of his Rolls-Royce.

“That Rolls better be bulletproof lil n***a, you know we gon’ shoot at the stars,” he said. According to HNHH, this could be intended for another wealthy opp, many are interpreting this as a diss against Quando.

Pharrell Williams Is Starting To Look His Age – Pics