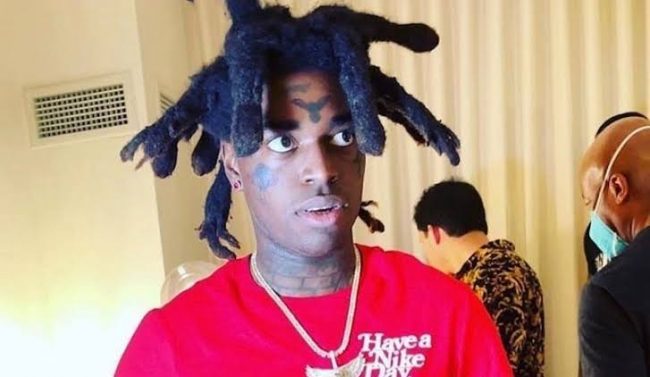 Kodak Black is the latest to make an argument for multiple wifeys in the crib, literally requesting it in a recent tweet-and-delete situation on Twitter.

“I Jus Want Both My Girlfriends In 1 House On One Accord & They Can Get Whatever From Me [sic],” Kodak tweeted.

Apparently, the Florida rapper is pretty much confirming that he is for sure down with getting himself some sister wives. The tweet did leave a few people wondering if that meant his current girlfriend, 19-year-old up-and-coming rapper Mellow Rackz, was also down with the get down as well.

“I mean when you have money i guess you can live like that lol,” someone commented on The Shade Room post about Kodak’s tweet. He got cheers of support from Hitmaka (fka Young Berg) and comedic actor D.C. Young Fly all the way to crying emojis reactions like the one posted by the official Divorce Court account.

The Shade Room‘s post also included a video clip of Kodak and “wifey numero uno” looking boo’d up in admittedly the most uncomfortable way possible. From her small bucket hat and even smaller tight corset to Kodak’s slightly creepy staring.

“She don’t even look like she want to be there” a fan wrote and another said: “I want her to blink twice if she wants out.”

New Pop Smoke Album Is On The Way, Pusha T Album Too