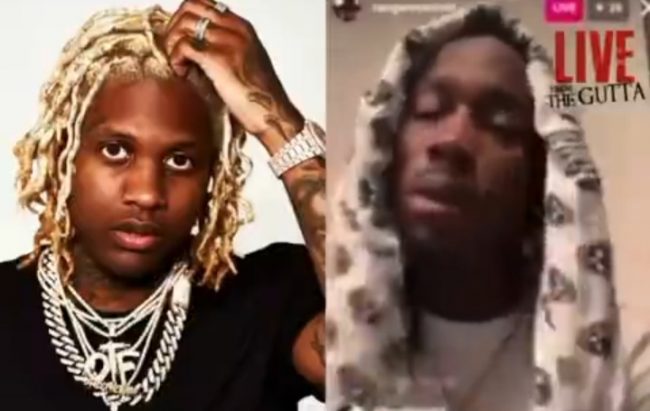 People have since been sending condolences to Lil Durk and his family following reports that his older blood brother OTF DThang was shot dead outside of a Chicago club on Saturday night at the age of 32.

Cook County officials confirmed to TMZ that DThang was found dead on the 7900 block of S. Loomis Blvd. in Chicago.

However, Other reports say that he was shot in the head outside of a nightclub. An autopsy has yet to confirm the cause of death. Well, King Von’s uncle, Range Rover Hang, has now reacted to the news of the death of OTF DThang.

According to Range, Durk needs to stop mentioning dead people in his music because it is causing more violence. “I fuck with Durk,” he prefaced his video.

He explained: “I fuck with his music. His movement. He making money. I’m not hating. I love to see what he’s doing. Shorty up $30, $40 million like I love to see that because I’m from one block, he’s from the next block over. My daddy used to hang with Durk’s daddy.”

From there, he explained that everything was fine before Durk began namedropping people in his music.

“Durk steady saying these n****s names in songs like you don’t have to do that bro,” Range said. “This what got his brother shot. I’m not going to say killed because I don’t know if he dead.”