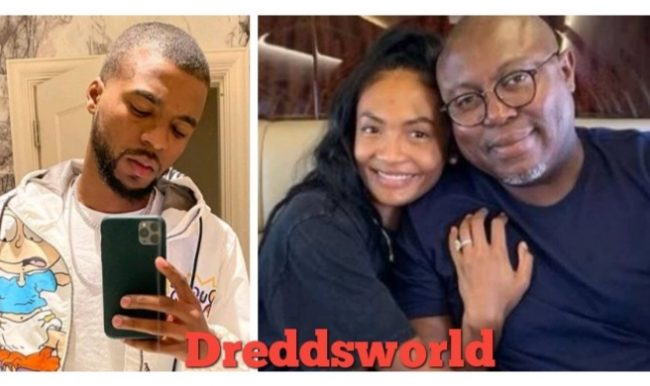 Last week, Simon spilled the tea on why he’s divorcing his wife Falynn. According to the business mogul, Falynn cheated on him with another man who is supposed to be a family friend and she’s also pregnant by him.

Jaylan Banks, the man who Simon Guobadia alleged his estranged wife, Falynn Guobadia cheated on him, has denied ever being romantically involved with her.

Jaylan is now speaking out after Simon shared CCTV footage of him supposedly creeping into their home. Jaylan is also denying Falynn was pregnant with him.

According to Jaylan, he stayed at their home and had his own room there as Falynn’s assistant. He implies that Simon is now only trying to spin the situation because of his own sordid situation with Porsha Williams.

Jaylan said the video shared by Simon was from the door next to a broken house.

“At that time, I was not only her best friend, but also her assistant. I was there for a whole week (Simon knew that). From the kitchen on the ground floor of the hall. I also have my own room,“ he told the outlet.

“I witnessed when the house was under construction, so I’m familiar with all the cameras that cover the house.”