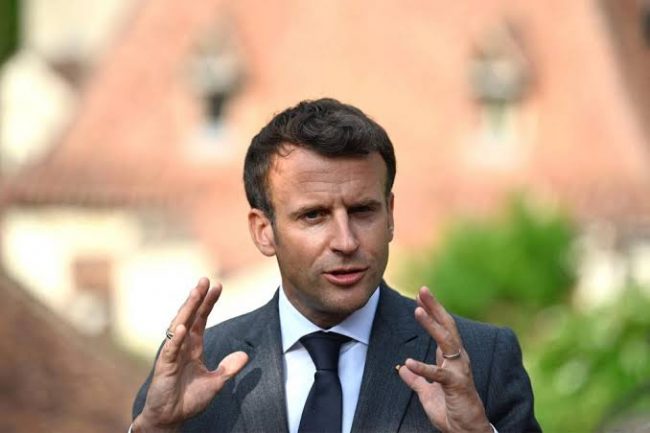 French President Emmanuel Macron was in for a rude awakening after he was slapped in the face during his visit to the southeast of France.

The since viral footage, shared by CNN-affiliate BFM, and ABC News shows Macron approaching a group of people behind a metal fence.

Macronthen shook a man’s arm, and the man later slapped the President while screaming the end of “Macronie.”

“A man indeed tried to hit the President of the Republic,” a statement to CNN said. “We have no further comments at this point. Exchanges with the crowd and handshakes resumed.

Far-right opponent Marine Le Pen condemned the attack, tweeting that “it is inadmissible to physically attack the President of the Republic.”

Speaking at the National Assembly, Prime Minister Jean Castex said that “through the head of state, that’s democracy that has been targeted.” His comments brought applause  from lawmakers from all ranks, who stood in a show of support, the AP reports.

“Democracy is about debate, dialogue, confrontation of ideas, expression of legitimate disagreements, of course, but in no case it can be violence, verbal assault and even less physical assault,” Castex said.