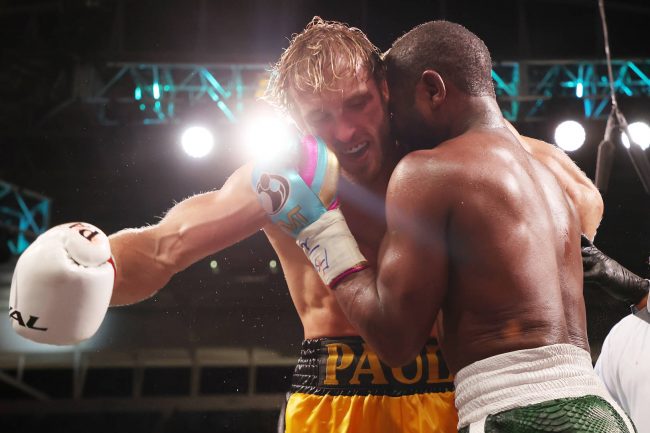 Although Mayweather Was The Better Fighter, He Couldn’t Knockout Paul

The exhibition opened with a performance from the Migos and Moneybagg Yo while both fighters were introduced.

While the fight went all eight rounds and was not scored, the undefeated Mayweather was clearly the better fighter; however, Paul did remain standing throughout.

According to HNHH, Mayweather called Paul a “tough” opponent and remarked, “He was better than I thought he was. We had fun. … Tonight was a fun night.”

Despite not toppling the boxing legend, Paul was ecstatic after the fight to have gone the distance with one of the sport’s greatest athletes of all time.

“This is one of the greatest moments of my life,” Paul said after the match. “I’m happy. It’s an honor to grace the ring with him.”

He added: “This is the coolest thing ever, I’m happy I made it out … he’s tough to hit.”