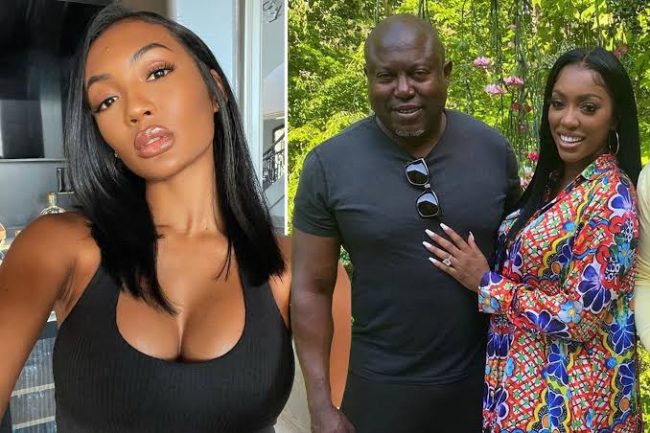 The Real Housewives Of Atlanta drama just got a whole lot more interesting. According to reports, Falynn appears to now be suggesting that she may  “F**” Porsha’s babys father Dennis McKinley as “revenge.”

It was Falynn who introduced the two – at her former marital home and the introduction was filmed for the Bravo cameras. Months later, Falynn’s husband filed for divorce, and started hooking up with Porsha.

Initially, Falynn reacted to the news with a statement to PEOPLE. “I want to thank everyone for reaching out to me and offering their love and support,” she said in the statement.

“At this time, I am focusing on finalizing my divorce and healing. Sending positivity to all of you.”

Now it appears that Falynn is out for revenge. Today Falynn posted a video on Twitter – where she’s rocking out to a Nicki Minaj song. Falynn’s eyes lit up, when Nicki rapped about sleeping with her exes best friend as revenge.