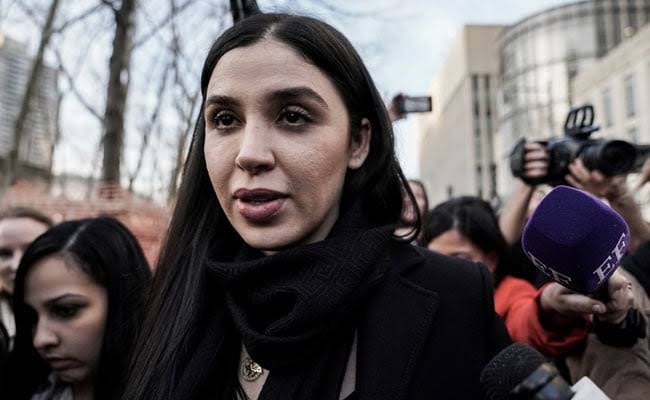 Aispuro entered her guilty plea in a Washington federal court on Thursday (June 10) almost two years after her husband was sentenced to life in prison.

El Chapo was also sentenced to 30 years for his participation in the underground drug enterprise, as well as drug trafficking and firearms charges as leader of the Sinaloa Cartel.

As part of a plea deal, the former beauty queen pleaded guilty to multiple charges, including knowingly and willfully conspiring to distribute heroin, cocaine, marijuana, and methamphetamine for several years. She also pleaded guilty to a money-laundering conspiracy charge and to engaging in transactions with a foreign narcotics trafficker, according to CNN.

“The defendant aided and abetted the objectives of the Sinaloa Cartel,” Anthony Nardozzi, Deputy Chief of Litigation at the Justice Department, told the court. “And it allowed Guzman to resume his leadership role at the Sinaloa Cartel and in doing so, furthered the cartel’s drug trafficking business.”

Aispuro was arrested back in February on international drug trafficking charges at Dulles International Airport and remained incarcerated pending trial.

The complaint at the time of her arrest was related to her alleged involvement in Guzman’s escape from a Mexican prison in 2015. Previously in Guzman’s trial, a cooperating witness testified that the couple coordinated his last escape together.