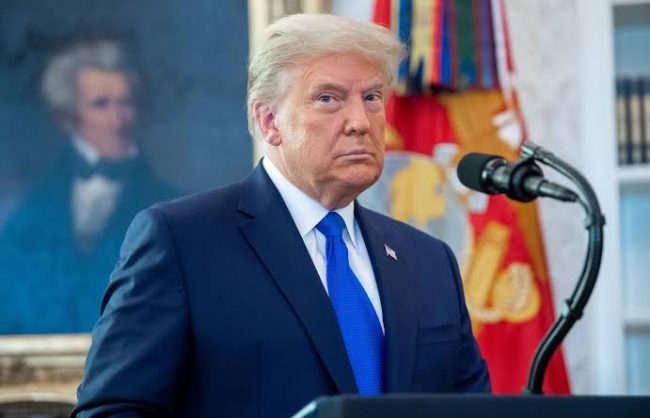 During Donald Trump’s latest appearance at a press conference in North Carolina, the former president showed that he may not have the knowledge to correctly put his pants on

People are convinced he was wearing his trousers backward and has since been a subject of mockery online.

After giving a speech at a GOP event this weekend, Trump walked away from the podium, where it appeared he was wearing his pants the wrong way. A camera zoomed into his midsection, which did not show a zipper on his pants, as though they were on backwards.

Others are noting this, but it can’t be shared enough: Donald Trump gave his big speech today with his pants on backwards. Look close and tell me I’m wrong.pic.twitter.com/sRsoJVfyf8

The legs of his trousers were also ill-fitted and wrinkled, further proving that the former President may have gotten dressed in the dark before stepping out that morning.

Trump’s pants quickly became a trending topic on social media but it turns out that he may have actually been wearing his pants correctly the entire time.

However, according to a fact-checking investigation by Snopes, Trump was actually wearing his pants the right way.