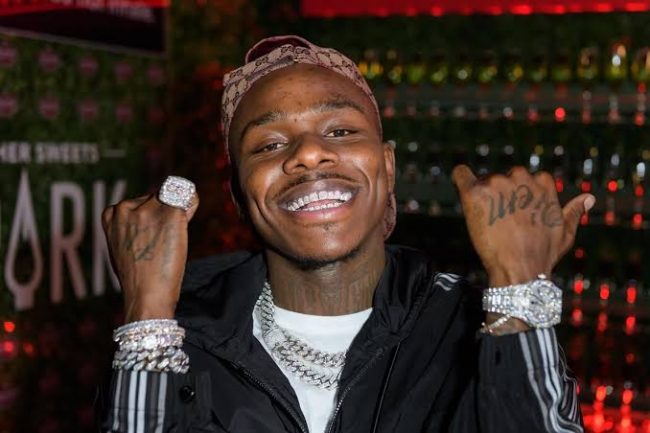 DaBaby Is Being Questioned Over His Involvement In Miami Beach Shooting

DaBaby has found himself in legal troubles again. According to reports fro Page Six, DaBaby and several others have been detained following a shooting last night — Monday, May 31st — at South Beach in Miami.

The shootout left two injured, with one having been shot in the leg and another in the shoulder.

Miami Beach police spokesman Ernesto Rodriguez confirmed that one victim has been released from the hospital while the other remains hospitalized in critical condition.

Page Six’s sources state that DaBaby and his entourage were traveling in a group of six SUVs, only to take issue with a group of people driving beside them. Apparently, words were exchanged and a fight swiftly broke out, ultimately leading to the shooting taking place.

Witnesses quickly called 911 upon hearing the distinctive sound of gunfire, which occurred at around 11:30 PM. Immediately after the gunfire ceased, police were able to take several men into custody.

Rodriguez has confirmed that DaBaby is among the “several possible subjects” detained, with Page Six claiming that between ten to twelve members of the rapper’s entourage have also been taken into police custody.

At this moment DaBaby’s team has yet to acknowledge the rapper’s possible involvement, nor has his label Interscope Records.

Blac Chyna Calls The Kardashians ‘Ghetto’: ‘All Of Them Are Baby Mamas’