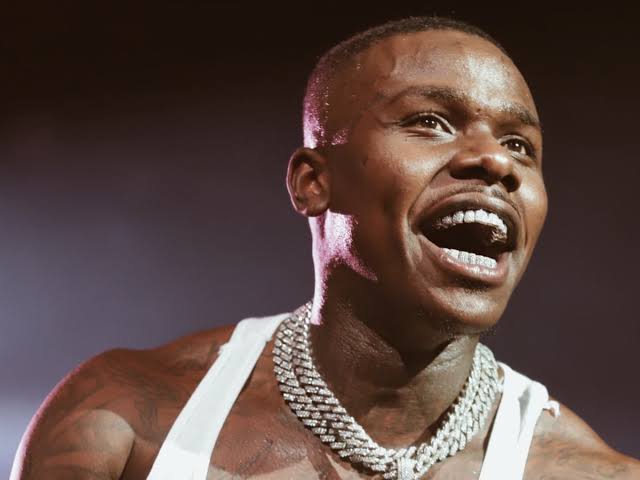 DaBaby Crowns Himself The Best Rappee, Claims People Who Don’t Want To Collab Are “Scared”

DaBaby took to Instagram to declare his status in the industry. “Best mf rapper,” he wrote. “[And] I’m on ALLLAT sh*t these n*ggas LIE about. I’m him frfr.” DaBaby didn’t specify what led up to this announcement but had a few more things to say.

“If a n*gga ain’t tryna work with the real thang he SCARED,” the North Carolina rapper continued.

“The best supposed to compete w/ the best These n*ggas just TALK like they like dat SHUUUUT UP.” This is a straight shot to those that have been dodging DaBaby and he seems to have Just raised the bar amongst his peers. 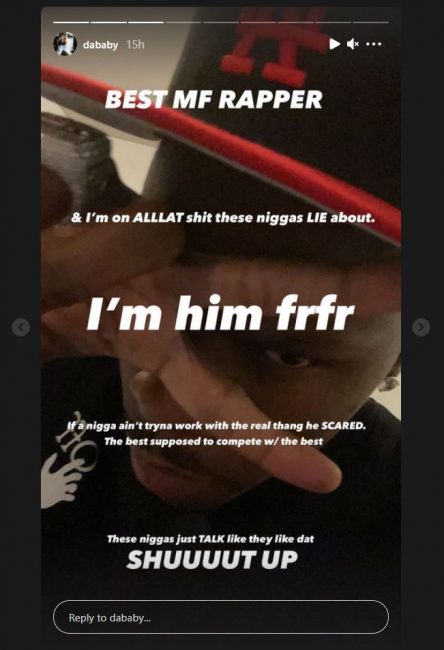 About a week ago, DaBaby and several others were detained following a shooting at South Beach in Miami. The shootout left two injured, with one having been shot in the leg and another in the shoulder.

DaBaby was questioned by authorities, however, he was later released. But, his Billion Dollar Baby Entertainment artist Wisdom Awute was arrested for allegedly shooting the person in the leg.

Another man, Christopher Urena, was also taken into custody.