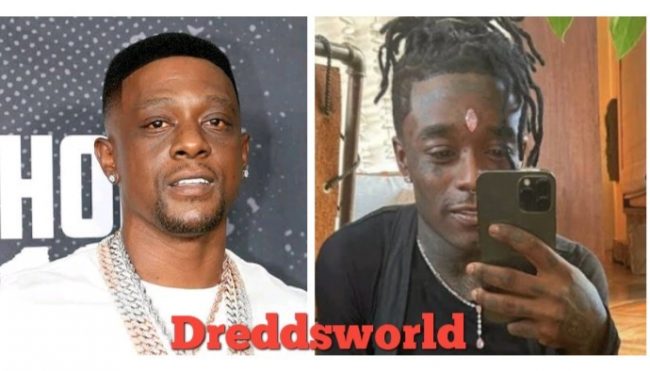 Lil Uzi Vert and JT have been showing public display of affection on social media for a while now and it appears they’re not stopping anytime soon regardless of the criticism.

They recently got matching tattoos of each other’s names, and Boosie Badazz weighed in on the couple’s progression during an interview with VladTV.

“My first girl that I was with for like, nine years, ten years, probably more than that, me and her got matching tattoos,” said Boosie. “We got a music symbol right here, but I ain’t got no girl name on me.” He added that if someone gets their partner’s name tattooed on themselves, they “might as well gon’ ‘head and get married.”

Do you think their Tattoos are real ? #Thoughts? pic.twitter.com/O4CmxRUL5y

The pair moved on to discussing Uzi’s $24 million diamond that he allegedly had “implanted” into his forehead.

“I don’t know, you put a $24 million diamond on your head, you gotta have $250 million,” Bossie stated. “I feel like if you didn’t do that, that was a waste. It’s too many people in people families that hurtin’ to pull out sh*t like that if you ain’t really living like that. I don’t know what he got, I’m just saying, if it was that way, I feel like—’cause $24 million, you spend that, nobody in your family should, everybody in your family should basically be living like you.”

Vlad added that he looked up Uzi’s net worth and it’s allegedly $20 million. Boosie said if that is true, and if Uzi really did spend all that money on his diamond, then he’s in debt.