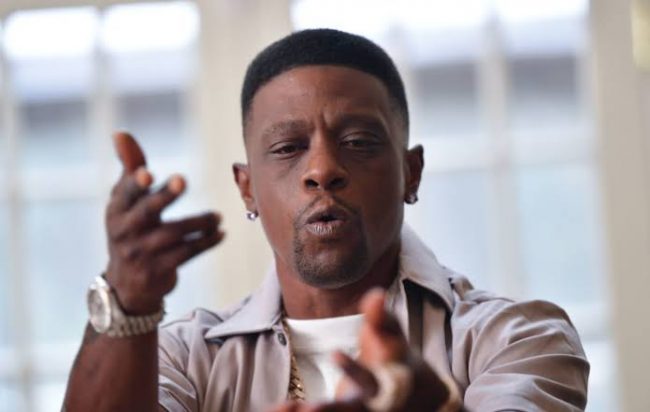 Boosie Badazz was recently on Vlad TV where he further showed his disrespect for Lori Harvey. When Vlad asked him if he’s heard Future’s verse on 42 Dugg’s “Maybach,” Boosie can only get out a “Yeah” before immediately bursting out into laughter.

After calming down a bit, the first thing he says is, “Man, Future. You know Future gon’ drop them lines. Future a dog.”

For those who have not listened to 42 Dugg and Future’s latest collaboration, Future drops the following lines mid-verse: “Magic City, I’m the owner/Tell Steve Harvey I don’t want her.”

Vlad then lets Boosie know that people online have been bashing Future for his remarks about his ex-girlfriend, and the Baton Rouge-born artist quickly comes to Future’s defense.

Elsewhere in the interview, Boosie and Vlad agreed ASAP Rocky should get Rihanna pregnant to lock her down.