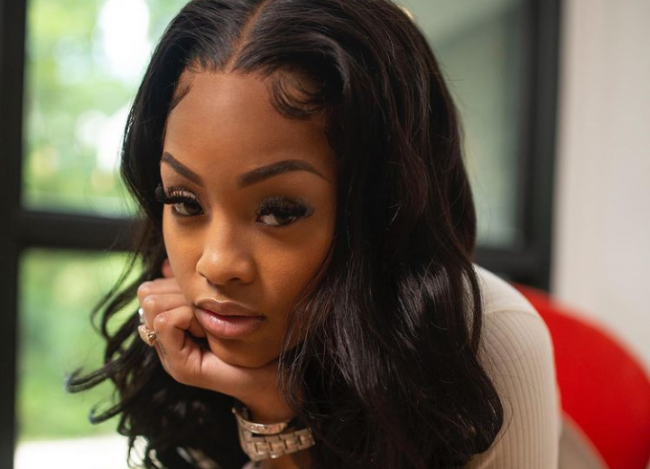 R&B Singer Ann Marie Returns To Instagram: “Back At It”

Chicago-based R&B singer Ann Marie has been released on bond, after police say that she allegedly shot her boyfriend in the head at point blank range.

Police charged the beauty with possession of a firearm during commission of a felony and aggravated assault with a deadly weapon. The shooting took place at a hotel in Buckhead on Dec. 1.

Responding officers found Ann Marie’s 24-year-old boyfriend with a gunshot wound to the head, according to a police report obtained by the outlet, and was taken to Grady Memorial Hospital for treatment.

CBS 46 reported that the man was somewhat responsive when officers arrived, but was later declared to be in critical condition.

Ann Marie’s boyfriend didn’t die – but suffered extremely serious injuries. His family and friends are not sure that he will ever make a 100% recovery.

Ann Marie had been locked up in Atlanta for months, but she recently made bail – and is back on social media.

She posted on IG yesterday, and told fans that she plans on making music again – and her comments were filled with thirsty comments from men.