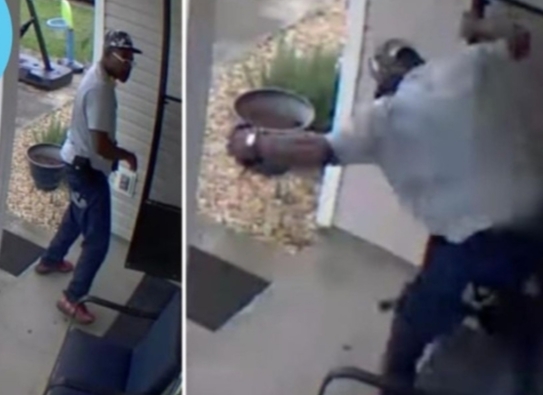 A Florida man who was on his way to an anger management class broke into his ex’s home with a knife and was fatally shot after he tried to attack her, as reported by Hollywood Unlocked.

The 54-year-old man was captured on surveillance footage storming into the woman’s home and says before kicking the door in, “You wanna f***ing play?” and calls her several expletives.

In a Facebook post, the Escambia Sheriff’s Office revealed that the unidentified male went to various rooms in the home searching for the mother of his children before she shot him in the head.

‘Armed with a knife, he went room to room searching and threatening the occupants who had retreated to a bedroom in the rear of the house.

He then confronted a female in the rear bedroom, who, fearing for her life, shot the man twice,” the post said.

However, the woman will not be charged for the shooting since she did it in self-defense.