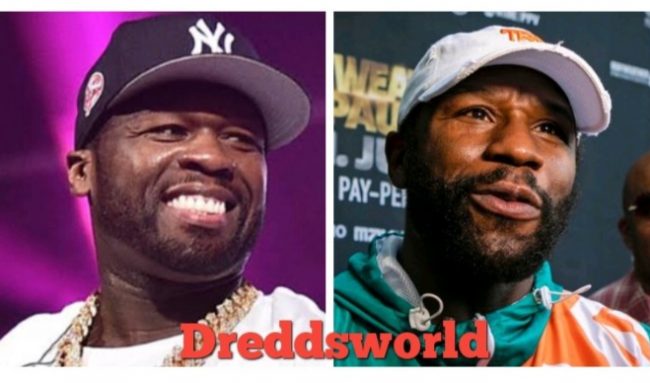 Jake Paul and Floyd Mayweather have been trending on social media after the former snatched Floyd’s hat during a press conference. Jake confronted Mayweather while being interviewed before snatching his hat off.

The video has since been making rounds on social media garnering reactions from folks online. Floyd’s friend turned enemy 50 Cent, caught wind of the post and of course didn’t let it slide.

The Power executive producer posted a screenshot of Mayweather’s angry reaction and in his caption wrote, “[eyeball emoji] WTF going on, on champ head [laughing emoji] I heard he had his pubic hairs put on his face. Lol.”

This isn’t the first time Fiddy will troll Floyd Mayweather’s hair transplant. only person teasing Mayweather as Jake Paul has taken to his Instagram Story to troll his boxing foe.

In a quick post and delete on his Instagram page, the 45-year-old shared a photo of Mayweather’s new beard achieved through a hair transplant with his 26 million followers.

“He took hair from his ass and put it on his face. LOL  WTF is really going on champ,” 50 captioned the post, complete with six laughing emojis to really get the message across.