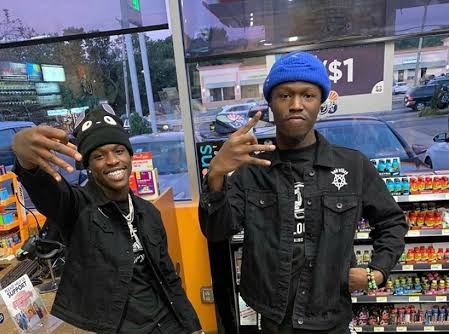 Quando Rondo’s homie Lul Tim, has reportedly been released from jail on $100k bond after being charged with murder in the November 2020 shooting death of King Von outside the Monaco Hookah Lounge in Atlanta in the midst of a career surge.

According to XXL, Fulton County Court records show the 22-year-old Savannah native was granted a $100,000 bond posted on Friday (March 26).

One of Quando Rondo’s affiliates Louwopp, Jumpout Blacc and 333Pab celebrated Lul Tim’s conditional release on their Instagram Stories as the news spread like wildfire across the internet.

For his part, Quando Rondo went deep, posting a photo of Luh Tim on his Instagram Story while plugging his song “Blue Opps.” The 2020 track kicked off his QPac album and featured the eerie foreboding lyrics: “Walk ’round the corner, caught him, bingo, Timmy take off his dreads.”

In another message that screenshotted Lul Tim’s name trending on Twitter, “My God Home” with a pair of smiling emojis.

Foogiano Threatens To Slap The Shit Out Of Trey Songz, Trigga Replies