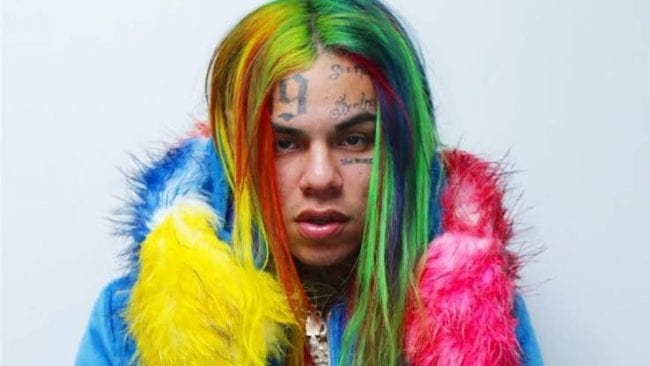 Tekashi 6ix9ine had a medical emergency couple of weeks back as he was hospitalized following an overdose on a mixture of caffeine and Hydroxycut while trying to lose weight.

Prior to that the rapper’s ‘Tattle Tales’ album didn’t perform up to expectations and he was forced to stay off social media.

However, this week, a video of him personally addressing some fans started circulating, but it’s really only because of the new look that 6ix9ine is seemingly wearing.

In the weeks following his release from prison, he was rocking colorful wigs and showcasing all of the same social media antics that his fans initially fell in love with.

In the new fan clip, 69 appears with his natural hair, also sporting an unshaven beard, switching things up a touch as he lays low and stays away from the cameras.

After meeting a fan in New York, 6ix9ine filmed a video for the fan’s friends, also his fans, requesting them back in NY after seemingly moving away from the Big Apple.

6ix9ine out here growing a lil beard on us. Y’all miss him?