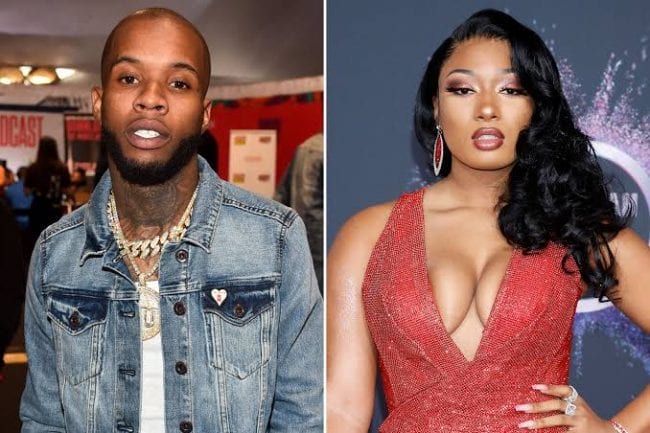 It was reported last week that Tory Lanez has now been hit with charges over Megan Thee Stallion shooting and if convicted, he’ll be facing up to twenty two years in prison.

Tory is facing several charges, including assault with a semiautomatic firearm, one felony count of carrying a loaded, unregistered firearm in a vehicle, and personal use of a firearm.

However, Tory Lanez and his team managed to get his arraignment successfully pushed back, though an L.A. County judge has made it clear that he must stay away from Megan Thee Stallion.

I will never bite my tongue, I will never allow anyone to silence me, I will never be scared to stand up for myself and others, and I DAMN SURE WILL NEVER BE SCARED TO BE MY TRUE AUTHENTIC STRONG BLACK SELF 💙 thank you @nytopinion for the platform and thank you to all the beautiful women involved ✊🏾✊🏾✊🏾✊🏾

Acccording to TMZ, Tory called into his hearing at L.A. County court today for what was supposed to be his arraignment. His lawyer Shawn Holley requested a continuance. This did come with conditions.

A judge issued a protective order against Tory, demanding that he stays 100 yards away from Megan Thee Stallion at all times and refrain from contacting her.

Tory has earlier responded to his charges, disputing that, despite the fact that he has been charged, the supposed “truth” will come to light soon.

Cardi B Reportedly Has A Song With Nicki Minaj Titled ‘Lavish’